Please email your comments/questions to freethinkersbooks@gmail.com

(We have not yet received any comments or questions about this video.) 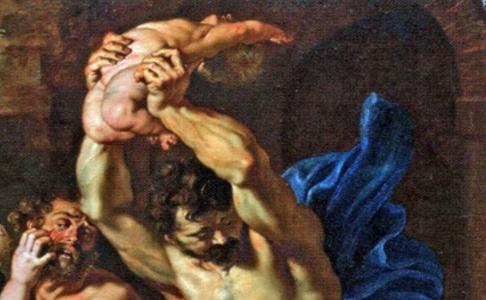 What do Christians say about Psalm 137:9

“Blessed will be the one who seizes

and dashes your little ones against the rock”

I once mentioned this verse in a public debate, as an example of the Bible God's cruelty. My opponent claimed that it was just poetry, not to be interpreted literally. After the debate, I decided to see what some famous Christian leaders said about this verse. To my surprise, many very highly respected Christian theologians and ministers interpreted this verse literally: they said that God really did bless people who bashed little babies to death!!! (This only worked if the babies' parents had the wrong religion, of course.)

This video provides quotes from these Christian leaders. References are provided for each quote, so you can look up the sources yourself.