Faith In What? Who Do Christians Really Trust?

Faith is the foundation of Christian beliefs, and theologians tell us that faith requires a deep humility centered on God. I have known a few Christians who appeared to have actually had this kind of faith.

But is this really the kind of faith that most Christians choose to have? Or are the beliefs of many Christians based on a profoundly dysfunctional self-centeredness, which believes that the believer himself - as an arbiter of truth - is superior to every other human being, to the Bible and even to God?

This video explains why the "faith" of many Christians is not God-centered at all; it is self-worship. 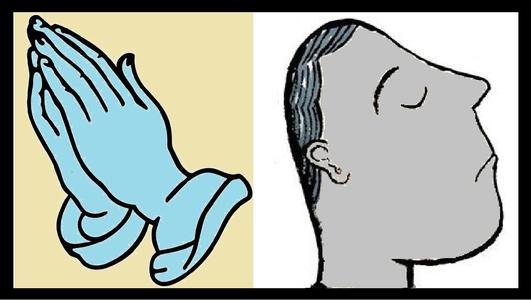 Faith in what? Who do Christians Really Trust?

I recently met a conservative Christian who invited me to a Bible study that was sponsored by his church. Let's call him Barry. I politely declined his invitation. Then I explained that studying the Bible had made me become an ex-Christian while I was spending two entire years as a full time student in a Bible-believing minister's school

I offered to give Barry some information that would help him make more well-informed decisions about his beliefs. Here is his response:

"... I personally do not believe Christianity is an intellectual decision .... No man knows except what he has personally experienced."

I very often get this kind of response from Christians. I'm pretty sure that Barry got this idea from his conservative megachurch, which has over a dozen campuses and claims to have over 50,000 people attending services each week. For example, this megachurch's online instructions for their group Bible studies tells leaders to, "Share the experiences you had ...  Then ask the people in your group if they have had similar experiences ..."

Now, Barry apparently believes that the Bible is the Infallible, Inerrant, Inspired Word of God. After all, he did invite me to a Bible study. His church certainly says that they believe in the Bible, because it's in their statement of faith. This is very similar to various denominations' statements of faith - Baptist, Presbyterian, Pentecostal, etc. These denominations represent hundreds of millions of Christians.

It is how you study the Bible that makes all of the difference. Let's review Barry's "explanation" again,

"... I personally do not believe Christianity is an intellectual decision .... No man knows except what he has personally experienced."

Barry’s so-called “faith” is typical of literally hundreds millions of Christians. The problem here, of course, is that each one of these Christians is just one person. Is the personal experience of only one person the best way to understand what it means to be a Christian?

One way that they do this is to never help their congregations learn the whole Bible. Christian leaders just cherry pick verses that reinforce their own pre-decided beliefs. Back when I was a Christian, we called this “Holy Hopscotch"!

Christian leaders do nothing to change people’s minds about this idea, and many leaders actually encourage it. Here's a page from one of their Bible studies. No context. Just pick a verse here and there. And just in case anyone is in any danger of actually thinking for themselves, the church also gives you the correct answers!!!

But this Bible study takes cherry picking even one step further. They not only cherry pick the verses, they cherry pick the Bible that those verses came from!!! This single, one page Bible study quotes from SIX different Bible translations - the New King James, Living Bible,  New International, New Living Translation, Good News, and The Message translation. This is the ultimate cherry picking - which Bible most accurately translates God's Word? The answer is: the translation that agrees with the preacher's personal experience, which changes constantly, from minute to minute and verse to verse!!!

Let’s take one more look at this this church Bible study. This is an ADULT Bible study. This is the whole Bible study. I did NOT leave one thing out. Just about all of the adults at this church have at least a high school education, and many have graduated from college. But, if this so-called Bible study was about any other subject, it would insult the intelligence of the average junior high school student. Could anyone imagine studying math, physics, biology or history, or any other subject, with adult students who were high school graduates, at this childish, shallow level? No way.

Why do churches do this? One reason is that churches are only giving Christians what they want. When I was in minister’s school, this was an open, but taboo, secret, and anyone who dared to mention it would be sorry he had, for obvious reasons. But I did find one minister, not from Barry’s church, who said it very well, “Christians don’t even read the Bible….the people in the pews were not only uninterested in their pastor’s advanced knowledge, but actually didn’t want it, instead favoring the naïve, feel-good aspects of faith”.

Or, as another minister observed, “Really, the popular theology in the pews is … like a THIRD GRADE understanding of things … It’s this very childish way of understanding things”. Why would ministers allow this to happen? Ministers have a responsibility to help their congregations become more mature, knowledgeable Christians. Why are they not doing it?

Many ministers have another, more selfish reason for keeping their congregations in the dark. Once again, this was an open, but rarely discussed, secret in the Bible believing minister’s school that I attended. Ex-Christian Bart Ehrman went to a different minister’s school, but he has summed it up very well. “Perhaps pastors are afraid that if the person in the pew learns what scholars have said about the Bible, it will lead to a crisis of faith, or even the loss of faith.”

So pastors give Christians what they want, but some pastors also have selfish reasons for teaching such a shallow form of so-called faith. Whatever the reason, when hundreds of millions of Christians worship or study the Bible, they see no need to know anything about:
- Over 2,500 years of Jewish and Christian history
- The cultural context in which the Bible was written
- Ancient Greek and Hebrew languages
- How modern analysts of ancient manuscripts decided which manuscripts were most reliable
- The writings of literally thousands of Christian theologians and Bible scholars over the past 2,000 years
- Archaeology, biology, physics, cosmology, or philosophy, not even Christian philosophy

Nor do these Christians feel the need to know anything about the radically different ways that modern conservative, Bible believing Christians interpret the Bible. These include Protestants, Catholics, Calvinists, Pentecostals, Orthodox and many other Christian churches and denominations, representing hundreds of millions of Christians

For example, Barry is a married, middle class, middle aged, white, American, male, businessman with two healthy children, and a college degree, living in the Bible Belt of the United States. Does Barry’s personal experience accurately represent the experience of all Christians? No, but that does not matter to him or anyone else.

It is not that Barry or any of these millions of other Christians have studied any of the beliefs of Christians who disagree with them and decided that they do not need to know any more about it.

Modern Bible-believing Christians, based on their personal experience, have profound disagreements with each other about many important Christian doctrines, such as
- Birth control
- Abortion, particularly in cases of rape, incest, when the mother’s life is in danger or the fetus is not viable
- What is necessary for salvation
- Are women given inferior roles in the church? Are some roles prohibited to women?
- Should churches be involved in secular politics?
- What is the authority of the church, and what is solely between the individual Christian and God?
- And many, many more

So who do these Christians really have the most faith in? Is their faith in a God whom they believe has spent thousands of years revealing Himself to billions of His followers, many of whom have spent their entire lives studying and practicing their faith, whose "personal experience" included much more knowledge, devotion and sacrifice than they have?

Is their faith in the teachings of the Bible, which repeatedly says that a Christian’s faith must be focused on God’s wisdom, not human wisdom?

No. These Christians place their faith in their own "personal experience".

If there was a God, if there was a Christ, He would condemn this arrogant, willful ignorance and self-centered faith.

These Christians do not know, or do not care, that they have paid an enormous price for their self-centered, so-called “faith”. They have willfully surrendered their own ability, and even their own desire, to make intelligent, well-informed decisions about their beliefs. What these Christians do not realize is that, when you stop thinking, it creates a vacuum.

Maybe it’s even worse than that. Maybe these Christians have created their own God, based on their own personal experience. And this self-created God’s only purpose is to gratify their own desires.

Thank you for watching our video. For more interesting information about Christianity, and a transcript of this video, please visit our web site, Freethinkers Books Dot com. If you liked our video, please click the YouTube Like icon, subscribe to our YouTube channel and share our video with your friends. Thanks again.