Did Matthew And Luke Believe That Mark Was Infallible?

Did every one of the Bible's authors believe that every other book of the Bible was without error? We can actually do a detailed investigation of this question for three of the Gospels, because Bible scholars agree that the authors of the Gospels of Matthew and Luke had a copy of the Gospel of Mark and used it as one of their primary sources when they were writing their own Gospels. This video compares 9 stories in the Gospel of Mark with the same stories reported in Matthew and/or Luke, to see if Matthew and Luke agreed with Mark or contradicted him. 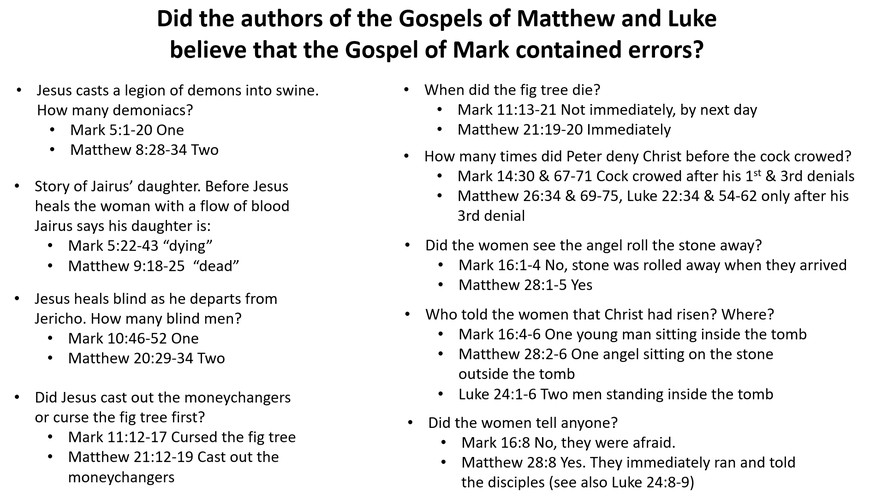 Did Matthew And Luke believe that the Gospel of Mark was Infallible?