How many people were killed? It is estimated that there were between 2 million and 4 and a half million people living in Egypt.

Text and Screens of this Video

(Note: The screen captures on this web page are not as high-resolution as the video.

The video is high-resolution.

Some of these screens are animated in the video.

These animations have been inactivated on this web page.

If you want to see high-resolution, and see the animations in motion, please view the video. ) 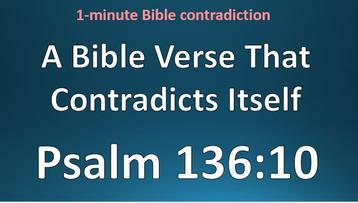 Psalm 136:10 is a Bible verse that contradicts itself. 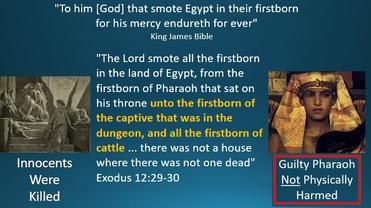 This video briefly describes why Psalm 136:10 contradicts itself 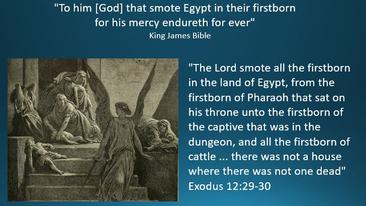 A Bible Verse That Contradicts Itself 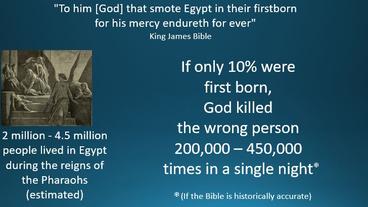 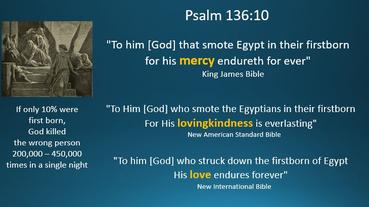 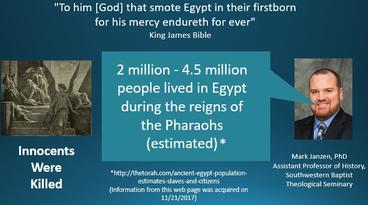 Yet this verse says that these killings were examples of God’s mercy, love and lovingkindness.

It says, “To him that smote Egypt in their firstborn, for His mercy endures forever”. Other translations say “love” or “lovingkindness”.

It was Pharaoh who was preventing the Israelites from leaving Egypt. But God killed those who were in no way responsible for Pharaoh’s decision. 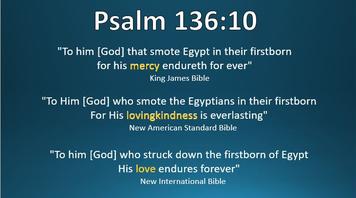